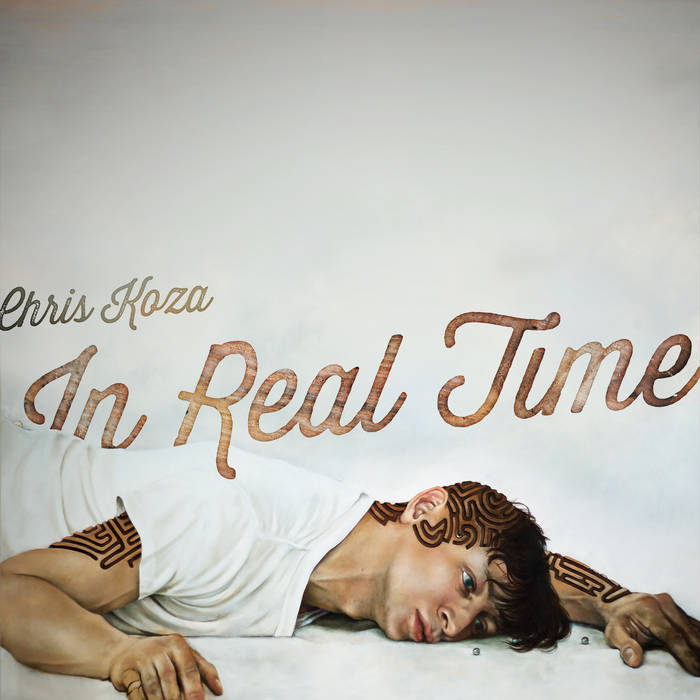 Rogue Valley frontman Chris Koza has completed a new solo album titled In Real Time; a twelve-song collection confronting the perception of time, the oasis of the in-between, and the allure of the ocean. The Portland-raised, Minnesota-based singer-songwriter has consistently produced and released music over the past decade. Koza's songs are being heard on television and radio broadcasts all across the world. Most recently, Koza's song The Wolves and the Ravens was featured in Ben Stiller's film The Secret Life of Walter Mitty, and also included on the soundtrack.

In Real Time was written and recorded in Minneapolis, Minnesota between stretches on the road. The album finds Koza returning to the pop songwriting roots he established in his pre-Rogue Valley work such as Patterns (2006) and The Dark Delirious Morning (2008). In Real Time pits the time traveler against his younger self, face-to-face in a vacant parking lot on the edge of town. It is classic Americana re-imagined through the lens of a jukebox aficionado; a cagey swirl of rhythms, textures, and lyrics that depict the grass coming up through the cracks in the pavement, reaching for the sun.

Both solo and with his band Rogue Valley, Chris Koza has supported and shared the stage with artists such as Brandi Carlile, Ingrid Michaelson, The Jayhawks, Neko Case, Kathleen Edwards, Dan Wilson, Stephen Kellogg, This is the Kit, and Tift Merritt, among others. His song (Rogue Valley) The Wolves and the Ravens was featured in Ben Stiller’s film The Secret Life of Walter Mitty. ... more

Bandcamp Daily  your guide to the world of Bandcamp

Featuring interviews with the mighty Hiatus Kaiyote and genre-busting L'Rain.